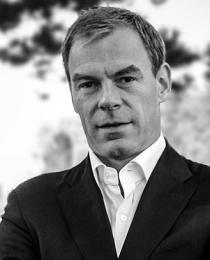 Stefan has been active in financial services since 1999 initially focusing on M&A and from 2002 onwards on private equity, with over ten years experience in telecoms, media, information technologies and services.
Prior to founding investment42, Stefan worked at GMT Communications Partners, where he was a Partner, focusing on small and midcap investments in the European communications industry.
Before joining GMT in 2010, he was a Principal in the London office of Cinven, focusing on large buyouts in TMT as well as other industries. He joined Cinven in 2002 from Merrill Lynch’s M&A team in London.
Previous directorships include among others Karnov Group, MeetingZone, IT-Ernity and Grupo Redext.
Stefan has an engineering and economics degree from the Technical University in Berlin (Diplom-Ingenieur, Wirtschaftsingenieurwesen) as well as a Diplôme de l’ESCP from the École Supérieure de Commerce de Paris.
He is a German citizen and speaks fluent English, French and Spanish.